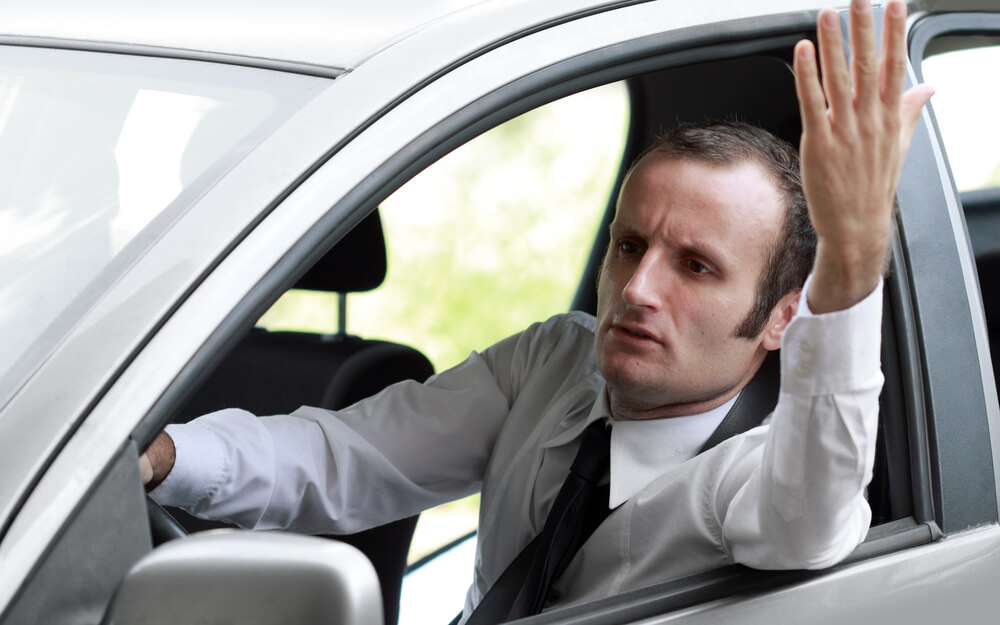 Aggressive Drivers and How to Handle Them

Aggressive Drivers and How to Handle Them

It is not uncommon to come across a driver that’s angry or aggressive while behind the wheel. You’ve probably even had your short temper tantrum after someone driving recklessly cut you off. Regardless, you’ve probably never been so angry behind the wheel that you attempted to drive someone off the road or pull a weapon and threaten another driver after a car accident.

While you may have a more rational state of mind after a car accident, because as we all know accidents happen, an angry driver may not.

There are instances where people have been assaulted or even killed over being cut off or minor fender benders. In Texas specifically, there has been a number of angry drivers that were charged with assault and/or harassment. Angry drivers are not something that should be taken lightly.

How to Deal With An Aggressive Driver?

When in situations where a driver is getting aggressive, try not to escalate the situation by giving any hand gestures or yelling certain words/phrases out of your window. If an aggressive situation begins to escalate quickly, there are a few things that you can do:

If you no longer feel safe when dealing with an angry driver, call the police. Most cases are taken seriously because officers have seen how far some aggressive drivers will go. Usually, an officer will be dispatched to your location as you continue to drive to be present as the altercation transgresses.

Stay in your Vehicle and Wait

If you’ve already stopped on the shoulder or the side of the road, then DO NOT exit your vehicle. If the police are en route while the driver is attacking your car, its best to stay in your car and ask the 9-1-1 operator to guide you in what steps to take until the officer gets there.

Emergency operators are trained to keep people on the line because emergency situations can change drastically in a short amount of time. By staying on the phone with the 9-1-1 operator you can inform them of the changing conditions, such as the person having a weapon, so that the operator may inform the responding officer.

In addition to the assault claim you’ll have against the other driver, if the car accident caused injuries to you and/or your vehicle you may have a claim for personal injury damages as well. Call (713) 524-8139 or go online to set up a free consultation with an experienced car accident attorney at Pusch and Nguyen Law Firm. The consultation is free, and you pay nothing until your case is settled.