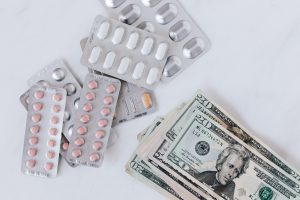 Courts have held insurance companies responsible for acting in bad faith for years now. But there is one area of bad faith that is growing more than before. This is the bad faith of a Health Maintenance Organization (HMO).

Since the Health Maintenance Organization (HMO) Act passed in 1973, HMOs have become more popular in the United States. HMO enrollment quickly grew in the last decade, with 91.6 million people enrolled in the first half of 1996, according to a 2001 study conducted by the Agency for Healthcare Research and Quality.

What is a Health Maintenance Organization (HMO)?

The Texas Department of Insurance describes an Health Maintenance Organization (HMO) as “a type of health plan that provides care to members through a network of doctors, hospitals, and other providers. The providers in an HMO’s network have agreed to treat HMO members at a discounted rate. This allows the HMO to control costs, so out-of-pocket costs are generally lower in an HMO than in other types of health plans.”

For example, if you are a part of an HMO through your employer, then the premium that you pay to have this health insurance is usually taken from your paycheck. Some employers will help pay for these costs, or a part of these costs. Then, when you go to visit the doctor, you likely will have to pay a copayment for the portion of the medical bill that will not be covered.

There are limits. HMOs cannot make you pay for more than half of the total cost of services. If your copayments add up to more than 200 percent pay annually in premiums, then the insurance cannot charge you for the rest of the year. These copayments go towards the deductible, which is the maximum amount you pay before the HMO steps in to pay. Premiums do not go towards the deductible amount, but copayments do. In 2020, the maximum limit was $8,150 out of pocket costs for those with an individual plan, and $16,300 for those under a family plan.

Can a Health Maintenance Organization (HMO) be sued?

Yes, an HMO can be sued for making bad decisions about medical treatment.

What is bad faith?

Bad faith refers to when an insurance company, or in this case an HMO, wrongfully and unreasonably denies a claim. Every insurance policy implies obligation to act in good faith. This means that even if an insurance company’s policy or an HMO’s plan does not specifically write-out that its employees have to treat each claim with good faith, it still must be done. Employees must carry out the insurance company or HMO’s instructions diligently and faithfully.

When bad faith is particularly offensive, punitive damages may be awarded which means courts and juries are willing to award more money to a claimant who made a valid claim that was improperly considered by an insurance company. There are many types of damages that can be awarded to an injured claimant.

Can a Health Maintenance Organization (HMO) be held liable for bad faith?

Yes. For example, in McEvoy v. Group Health Coop. of Eau Claire, the Supreme Court of Wisconsin said that HMOs can be held liable for acting in bad faith. The Court decided that bad faith is not limited to insurance companies, and can apply to HMOs. This is because the laws forbidding unfair and corrupt insurance practices were made to support fair treatment of the insured person. Those who break the law need to be held responsible. The court in this case said that HMOs combine aspects of health care providers and insurance companies. Often, insurance companies have more resources, time and power than the average insured person. This is the reason that people who have HMOs need to be protected by the law. People enter to contracts with HMOs, like with insurance companies. People also usually do not have much of a say in how any agreements with an HMO plan are written, and may have to go through red tape as part of being an HMO subscriber. Like insurance companies, HMOs have a financial interest in lowering their own costs. With this in mind, HMOs may end up failing to protect the needs of people who use the HMO.

The court in this case said that in order succeed in a bad faith claim against an HMO, the person who suffered from the HMO’s bad faith needs to show, with clear supporting evidence, that the HMO:

In other words, the HMO should not have denied the claim and knew, or at least should have known, that they should not have denied the claim. An HMO that is found liable for acting in bad faith is held responsible for any damages that were caused by the bad faith breach, and may also be held responsible for punitive damages if there was “oppression, fraud or malice.”

It should be noted that each state has its own unique laws that apply. This means that the requirements that a claimant needs to meet in order to hold an HMO, or an insurance company, liable for damages may be different in each state. In addition, sometimes federal laws affect how a state’s laws apply in a particular case, if the state’s laws apply at all.

For example, some cases involving the federal law of the Employee Retirement Income Security Act (“ERISA”) may be controlled by ERISA instead of the relevant state laws.

In Texas, some cases may not be completely pre-empted by ERISA. Under Texas law, an HMO can be liable as the entity that badly arranged low-quality medical treatment. By arguing that the HMO is liable for poorly arranging medical treatment, the person bringing a lawsuit against an HMO can avoid claims that the HMO denied benefits when it should not have – breaking the case’s connection ERISA. However, claims against an HMO that target the HMO’s administration of benefits may fall under ERISA.

For example, in St. Luke’s Episcopal Hosp. v. Great W. Life and Annuity Ins. Co., a hospital sued an insurance company because the insurance company failed and misrepresented that a particular patient had health insurance. The insurance provider argued that the patient was no longer covered because his employer had stopped paying the required premiums, and that the case fell under ERISA laws. The court disagreed.

Similarly, in a case in California, Stanton v. Paul Revere Life Ins. Co., the employer’s state common law claim against an insurance company applied, rather than ERISA because the court decided that the business and income policy did not count as a Employee Welfare Benefit Plan under ERISA. Because

In both of these cases, insurance providers were able to bring a suit under state law because of the nature of the case’s facts and the legal arguments that could be made.

Despite the challenge posed by ERISA, a number of cases have still been able to reach state courts.

Notably, in McEvoy v. Group Health Co-Op of Eau Claire, a Wisconsin teenager was covered under her parents’ HMO plan. The teenager in this case suffered from anorexia. Her doctor referred to an out-of-network in-patient treatment program for several weeks. Then, the HMO’s director put the teenager in in an out-patient program. As a result, the teenager suffered a relapse. Her parents sued the HMO for bad faith because it turned out that the HMO plan provided for 70 days of in-patient treatment. In this case, the court said that an HMO is liable for bad faith when it has obligations to the contract and, more importantly, to the person’s health, and instead chooses to prioritize internal cost mechanisms. Put simply, the HMO was responsible for acting in bad faith because they put money over the needs of the injured person.

Navigating the various complex laws that apply require special knowledge, skills and experience to achieve the best outcome for your case.

It is for these reasons that anyone pursuing a lawsuit should consider hiring an experienced and skilled attorney. Contact our firm today.