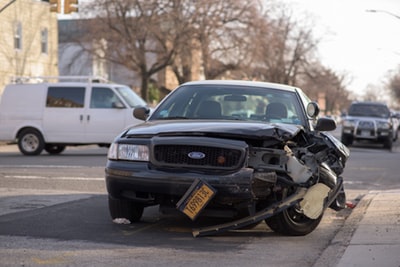 Causes of Wrongful Death In Car Accident and Settlement In Houston, TX

Causes of Wrongful Death In Car Accident and Settlement In Houston, TX

Driving is always a very risky activity and should be done with adequate attention and care. It is mostly a safer option to travel via an airplane, trains, or boats, but when the distance is short, a car is the most reasonable option available. However, one must always make sure they aren’t drunk or on drugs while handling the wheel.

Distractions while driving, such as texting, talking on a call, or even scrolling through some important mail is dangerous. No matter how urgent the work is, you can always park the car and deal with it rather than risking your lives. Compensation for a wrongful death car accident helps the family of the deceased to manage some of the sudden expenses. A car accident lawyer can represent your case and ensure you get the compensation you deserve.

Each year almost 3,000 cases of car accidents are reported. It doesn’t matter whether the incident occurred due to the faults of the person themselves or someone else, or maybe a manufacturer’s defect. The family of the deceased is the one who has to suffer. The state has a facility of lawsuits that can help the family recover some of the damage caused by such unfortunate incidents through filing a claim.

Wrongful death by a car accident has to be proved in the court that the deceased was not responsible for their death. Enough evidence has to be gathered to prove the negligence of the other party and that they are liable for any damage or loss. Only then would a lawsuit be acceptable for compensation.

Most car accidents are caused due to some negligent actions of the part of the driver. Some of the common forms of accidents that happen due to driver’s negligence include:

Apart from the driver’s negligence, some other common reasons why car accidents occur include:

Sometimes vehicle defects can also be a cause for a serious car accident. These types of defects can be of three types: manufacturing defects, design defects, or failure of the manufacturer to warn the customer about the product carefully. If a death occurs due to one of these incidents, the manufacturer can be charged for wrongful death by the surviving members of the family. Some of the most common types of vehicle malfunctionings include:

These problems are a bit difficult to prove provided the fact that the person who faced the issue is no longer alive to confirm the charges. The only way to get ahead in this situation is by getting an experienced attorney who can investigate properly to find out and prove the defects in the court.

Damages or defects in the roads can also lead to car accidents, but such cases are the most complicated to prove. The biggest reason being that they are maintained by public agencies, and one would have to sue the government for such liabilities. Unfortunately, the government is immune to general or basic lawsuits and has allowed for only some rare lawsuits to be filed against them. Some of the possible reasons for a car accident due to road defects can be:

The state of Texas allows some of the surviving members of the deceased’s family who was killed in wrongful death to bring up a legal lawsuit against a person whose negligence has caused the death. Most of the wrongful deaths caused by car accidents usually claim that another driver, manufacturer of the car, or the party whose duty was to maintain the roadway was responsible or negligent. The settlement can be done in terms of monetary assistance from the government to the deceased’s family by taking the case to civil court.

Elements Of A Wrongful Death Claim

To prove the wrongful death of a parent/child/spouse, one is required to show some common elements or evidence that might prove that the death was caused due to the negligence or fault of another person. Here is a list of elements that have to be proven to file a lawsuit:

It is a common misconception that a wrongful death action can only be brought for the breadwinners of the family. But this is not true. According to the law, even if the person wasn’t earning an income, they would’ve provided other significant contributions to the family, such as love, care, service, guidance, and nurture. These qualify as ‘pecuniary losses’ in a wrongful death action.

Losing a loved one due to the rash actions of another person can be very disheartening and heartbreaking. While the state can not bring the person back to you, a lawsuit against a wrongful death car accident can surely help in easing some financial burden that occurs due to an untimely and sudden demise of an otherwise healthy person. However, it is important to remember that the lawsuit must be filed within 2 years from the date of the accident to be eligible for compensation. Most cases that fail to register in time often lose their chances.