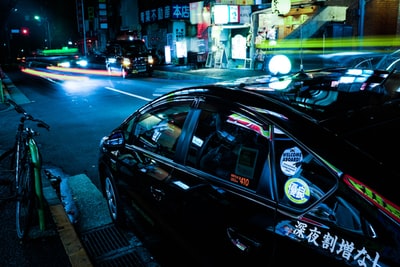 Even though we all are aware of the illegitimacy of the drinking and driving situations. But again, people are indulged in illegal activities such as drinking and driving. On a daily basis, there are scores of road accidents that occur, and pedestrians are injured or even killed due to this. People drive over the legal limits.

In relation to this incident, if you have undergone the injuries, then you may be capable of getting a reimbursement. The subsequent guideline details have embodied all essential things you are required to know about drink and driving coupling with the procedure of claiming the reimbursement for your injuries. You can check our article on wrongful death in a car accident to see the causes of these deaths and how to settle such a case.

What is drunk driving?

The meaning of drunk driving can be suggested by its name since people are allowed to drink but not to the level where they can put other people’s lives in danger.

Different states have dealt with this problem in their own ways. The two worth mentioning States like the UK and US, the former introduced laws and statutory acts like the Road Traffic Act 1930, which clearly explained the punishment for the offensive conducts of being charged with motor-powered vehicles in public areas inclusively the roads and trying to drive while being drunk. This act was established to discourage people who become ineligible for regulating the vehicle appropriately.

Moreover, conferring to the later (US), research was performed to probe the possibilities of an individual’s indulgence in road traffic accidents.

Similarly, it was found out that road accidents have been rising because of the high level of alcohol that is 80mg/100ml in the drivers’ blood who were already involved in the accident. Regarding this research, in the UK and other subordinate countries, the maximum limit of alcohol in blood was set as 80mg/100ml.

People above 21 years of age

We all are aware of the legal variations around the world, so hereby, we will particularly discuss Houston, Texas. Like every other state, the BAC- The Legal Blood Alcohol Content limit has been decided to be 0.8% or higher. Moreover, a driver of legitimate drinking age with a Legal Blood Alcohol Limit at this level (0.8%) will be accused of driving while impaired (drugs, alcohol, and other unknown substance) in Texas.

People under 21 years of age

On the contrary, drivers under the age of 21 have rigorous zero-tolerance rules and can be accused of Driving Under Influence, while it does not matter if they have crossed the legal limit declared preceding. Similarly, it is the limit of age that is the main dissimilarity between a Driving Under the influence and Driving with Impaired in Texas. Even though any underage drinking driver can still be accused of Driving with Impaired if they cross the legal limit of 0.8%. However, in the commercial drivers’ cases, the legal limit is restricted even lower at 0.4% for much severe standard that replicates the augmented danger exposed to others by large marketable trucking automobiles.

It is evident that drink and driving are illegal in every state as discussed above. Since the person is not conscious enough to drive the car and possibly may hit any pedestrian or other cars on the road. This conduct is illegal and dangerous in itself. So, people who are affected due to it can claim for the injuries and property loss.

Consult an attorney or settle by yourself

Moreover, afterward of such an accident, either you would consult the car accident attorney for compensating the losses or do a settlement by yourself outside the court with the defendant. These are the two good ways that can settle the claim for you. If opting for a legal representation make sure your lawyer knows about investigating a car accident claim.

Drunk driving laws in other countries

Some countries do not permit drink and driving cases. Since they have strict rules against drinking in the first place, then how is it probable to allow drink and driving leading to loss of lives. The prohibition of drinking and driving is under their religious and cultural rules. The countries include Pakistan, Iran, Bangladesh, Brazil, Bahrain, and some other Asian and European Countries. Moreover, there are several other countries where the restriction for drunk driving is less strict. It constitutes the professional drivers, young drivers, and some inexperienced drivers.

Notably, whenever you visit any country, you need to be aware of their rules and regulation concerning anything you want to do the drink and driving inclusively. In this way, you will not be in trouble.

In case you have been in loss, whether bodily or property damage, then you have some probable option ahead for claiming personal injury loss in the drunk and driving case. To have a good claim, you need to collect information, evidence, and other testimonies.

The subsequent types of evidence are a significant part of your claim. So, these include (a) Photographs (b) Depositional Witness contact details (c) Driver’s information (b) The incurred costs’ documentations

This does not matter what type of tool you use for capturing pictures, either smartphone or some handy camera. The foremost task you have is to capture all the circumstantial evidence, which includes the damaged cars, your own injuries, the road, and so forth.

It is a significant task that needs to be done on the spot. You are required to ask about the details of the driver who has injured or given you the loss. In case the car is commercial, then you need to note the details of the company or plate number of vehicles.

The last evidence collection is whatever cost has been incurred by you for paying out the doctors or something else, including appointing the court recorder, etc., to keep the documents, receipts, and other instruments for the proof of your claim. So that you can be compensated later for it.

Procedure to start your claim

Every case has got a similar procedure to begin your claim with. Firstly, you are supposed to collect preceded asked evidence for your case.

Then, you need to visit the other driver’s insurance company to settle this dispute. They might decline your claim of being compensated or offer you less compensation.

In case you feel that you deserve high compensation or the case has a worth of higher compensation, but they do not agree on the point you are proposing, then you need to consult a lawyer for legal advice.

Moreover, our law firm is one good option. You can probably consult for legal advice since we will be honorably delighted to offer you our services. For more details about our firm, you need to visit our page.

What can you claim for a car accident caused by drunk driving?

It is clear that the intensity and severity of your bodily and property damage are considered for reimbursement. The more severe the loss is, the higher the compensation will be. On this formula, the prospects of compensation are made. The subsequent details are the classification that will tell you about the level of quantification of loss.

The general damages include the pain and suffering you have undergone. These are quantified considering the severity of the injuries by the decisions of judges and juries.

This is probable in many situations that you travel or move from one place to another for appointments and collection of proofs etc. of the recovery and related to the case. Keep its record with yourself.

As you have suffered the physical damages, so you might have and ought to consult the doctor for treatment. Emphatically, whatever expenses you have made in this regard are counted in the settlement of compensation. For getting its compensation, you need to keep safe all the crucial documentation in this regard.

Notably, when a person suffers severe injuries, and for months, he/she is not capable of moving and taking care of himself/herself, then hiring a caring person is a significant part of this process. Moreover, this caring person also needs to be salaried by you which onwards should be compensated by the other driver (defendant)

When a person is severely injured, then he also gets suspended or expelled out from the job. So, it is wholly loss of earning and source of earning. This is also considered when you are about to get compensated.