Intentional Acts Exclusion: Did they do it on purpose? 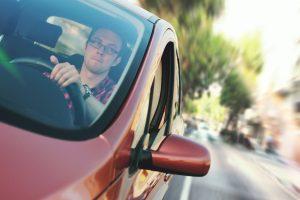 Like any other contract, an insurance policy is a contract with fine print that needs to be read and understood by injured claimants in order to succeed in getting the compensation they deserve after a car accident or truck accident. Insurance policy contracts’ fine print typically include exclusions that carve out areas that the insurance company specifically says it will not cover. There are many types of insurance policy exclusions, but the exclusions all have the same general function of limiting insurance coverage.

One exclusion specifically excludes losses caused by intentional acts of the insured person. Often, this is the reason insurance companies will investigate into whether there is any evidence that the insured person committed an intentional act before a car accident or truck accident. Generally, an intentional or willful act of an insured is something he or she does on purpose with some degree of wanting to cause injury, or at least some knowledge or awareness that a loss like the loss that happened is likely possible. The law often distinguishes between the different levels of intentional acts. Intentional acts can range from arson, burning a person’s property, to letting out a known pollutant.

In any case, each state has its own unique laws that affect how insurance policies, exclusions and the actions surrounding the accident are affected and understood. State statutes and laws usually state an insurance company is not responsible for a loss caused by intentional acts of the insured person.

Punitive damages are usually added on top of the usual damages in a case. Usually, damages take the form of money awards to an injured claimant after a car accident for medical treatment, property damage to the car, etc. Punitive damages, on the other hand, are added on top of these damages for particularly bad misconduct, especially harmful behavior or to teach a lesson.

Some states like California’s Insurance Code does not all insurance coverage for losses caused by willful acts of the insured person. These states believe that protecting a person for misconduct done on purpose is wrong. Many courts do not allow this because it would not be good social policy for the law to cover an insured person’s intentional acts that result in loss and punitive damages.

For example, in one case, Downey Venture v. LMI Ins. Co., a California court said that the insurance company did not have to provide coverage for its insured person even though the policy outright said it would under the facts of this case. In this case, the insured person wanted insurance coverage after being sued for malicious prosecution, which involves wrongfully filing of a lawsuit for an improper purpose, without an actual reason. The court said the malicious prosecution, by definition, involves intentional misconduct. Even though the insurance policy said it would provide coverage in a case for malicious prosecution, the court disagreed because the laws of the state did not allow insurance coverage for any kind of intentional, deliberate wrong that resulted in loss.

How do I know if there is an insurance exclusion?

What happens if the insurance company itself acts intentionally?

Navigating how a state’s laws apply to your case and which policy exclusions apply require the knowledge and skills of an experienced personal attorney.