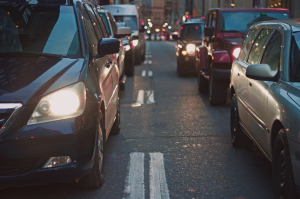 After a car accident, one of the first steps is filing an insurance claim. Many see the damages award for compensation as a right to which they are entitled. Some injured claimants think: “Your driver hurt me in a car accident, so obviously they should pay me a lot of money as soon as possible.”

Unfortunately, like any business, insurance companies are not motivated to settle a case as soon as possible. The more time they spend settling a claim, the more money they can collect from premiums, save and reinvest the money. In other words, the insurance company saves money when it finds a reason to deny, or simply delay, your claim.

An injured claimant should not a multi-million-dollar settlement when he or she was not hurt severely, refuses to continue recommended medical treatment or only sustained a little property damage to his or her car. At the very least, the claimant should not expect the insurance company to eagerly accept a demand for a lot of money right away.

Still, there are few preliminary matters to keep in mind when you begin settlement negotiations to make the first demand for settlement more palatable to the insurance company.

An insurance company has a legal duty to conduct a thorough investigation. This means that if a person tries to hide a fact, it is likely that the truth will come to light at some point. Often, after a major car accident, everything from medical records to traffic or criminal records become visible to both the insurance company and personal injury attorney. “White lies” can cost an injured claimant because they lose credibility in front of the insurance company, judge and jury.

From the beginning, first impressions matter. Dressing professionally and being prepared shows that the matter is taken seriously, and worth the time and effort. Still many people, professional negotiators or not, fall prey to some common mistakes. There are nervous habits to avoid such as fidgeting or rushing. During settlement negotiations or important meeting for a case, some people also tend to tap their fingers, play with their pens or have other nervous habits that make it seem like they do not have self-control, are not taking the case seriously, or worse, hiding something important.

Likewise, it is not a good idea to rush through negotiations or presentations. Use time wisely to go over the strong points of a case. If it takes more a long time, set up in advance of the meeting, or see if a second meeting is an option.

A demand package has all of the important details about the case, and it is important to have this sent out to the insurance company before beginning to talk about settlement.

Typically the demand includes a letter with date at the top and contains a deadline to pay the amount demanded. The deadline is typically anywhere between 7 and 30 days. The larger the demand, the more time is typically given since insurance companies have a duty to conduct a thorough investigation once they find out about a claim. Generally, after the deadline to respond and pay passes, the injured claimant may file a lawsuit.

The demand letter should also include the fact details about the accident, like when and where the accident happened as well as who was involved. These facts should support the amount of damages the injured claimant is seeking. If possible, other documents worth providing are medical bills and records.

For example, if an injured claimant went to the emergency room, providing those bills and records can help convince the insurance company to settle for the amount demanded. Photos of the accident, such as injuries to the people involved as well as the property damage to the cars, should also be included. If the police was called to the scene of the accident and a report was filed, then getting a copy of the police report and those records can also help convince the insurance company that liability in the case is clear.

It does not matter if all of the information and documents are not yet available. Sometimes, it can take days or weeks to get copies of all the of necessary medical records. It is actually very common for both the insurance company and the injured claimant’s personal injury lawyer to exchange multiple offers even before all of the information about an insurance claim has been determined.

Do not counteroffer against your own demand.

Another point to keep in mind is not getting impatient, and then make a lower offer after you have already made a demand. Do not make an initial demand for settlement, and then make a lower offer later on before the other side has even responded. In many ways, this can work against your own case. Remember, an insurance company has the time and resources to wait to settle a case because they know that usually, an injured claimant would rather have a little less money sooner than wait for months or even years to recover all of the compensation they could receive. Making this kind of mistake may show a lack of experience and work against the point you were trying to make.

What happens when an insurance company fails to accept a demand for the insurance policy limits?

Note that usually, after a contract limitations time period expires, the insured client is not allowed to bring a claim for bad faith against the insurance company because too much time passed. The law makes rules like the statute of limitations because the law does not allow a person or company to be held liable for certain cases like car accidents, breaches of contract and even bad faith forever. If a person does not file a lawsuit on time, then the person loses his or her chance to sue later on. But, as in this case, it could be a different story if the facts show the insurance company specifically prevented the insured client from filing a lawsuit.