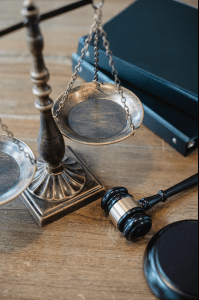 Historically, in the late 1950’s, the National Association of Insurance Commissioners (NAIC) drafted an example, or model act for good faith claims practices. But it was not until the 1970’s when many states started to make their own laws and adopt this model act into its own laws and codes.

Each state has different laws. This means most states unfair practice laws apply to all insurance claims, except insurance claims that are controlled under federal law such as Employee Retirement Income Security Act (ERISA), so insurance claims related to worker’s compensation, title insurance, marine insurance, and other liability claims are usually governed by the state’s unfair claim practices laws.

Each case is unique, and no two cases are exactly the same because there are different people involved, different locations and different responsible parties. Because of this, the examples of bad behaviors in the list above is not complete – there are many other actions that can be considered violations of unfair settlement practices not discussed in this post. Contact an experienced personal injury attorney to get a full case evaluation. A few points are broad and worth discussing in detail:

For example, in one Michigan lawsuit, the insurance company tried to twist the policy and argue that the insured client was not covered for his illness because it fell under its 2-year “sickness” insurance coverage and not the 30-year “disability” coverage.

Delays by documentation: The insurance claims representative cannot try to stall payment or an insurance investigation by asking that the person with insurance or the injured claimant to send in documents that they already sent in, even if it is not in the exact form that they originally requested.

Like any other business, insurance companies make money by delaying, or holding off on paying a claim. Insurance companies do not have a reason to pay a claim any earlier than they have to, and are not motivated to rush.

But when insurance companies try to manipulate the law to avoid insurance payments, they need to be held responsible for any bad faith and misinformed actions that they take. Even if the mistake was not on purpose, this is not an excuse. Insurance claims adjusters, supervisors and their other employees must have knowledge about certain laws and court decisions in order for them to avoid making mistakes and harming already injured claimants.