Have you taken Zantac, Ranitidine or other medications related to stomach acidity lately?

If yes, you should stop its use immediately and should dispose off whatever you have in possession since FDA has initiated an immediate removal of all Zantac and Ranitidine medications from the market as of April 1st, 2020. And if you are a user of Zantac and have developed a cancer while being on it as a medication, it is important that you know your rights since you claim damages in a Zantac cancer lawsuit!

What is Zantac? Zantac cancer lawsuit

Zantac or ranitidine hydrochloride falls in the class of drugs known as histamine H2-receptor antagonists, which simply put means H2 blockers. The purpose of this drug is to reduce the amount of acid produced by one’s stomach.
Zantac is present on the market since the early 1980s and has been a very popular antacid drug ever since. It is available as both OTC and by prescription, and people usually consume it for heartburn, acid reflux, and a range of other issues in the throat, stomach, and intestine. Meanwhile, some also use it for specific allergies to complement their treatment routine.
The dosage of Zantac varies between 75 and 150 mg tablets, though some patients may also take a daily Zantac dosage of 300mg.
Since the time it came out in the market during the 1980s, many studies have indicated a link between NDMA present in Zantac and cancer. The mounting evidence also allegedly shows that the big pharma companies making Zantac, Sanofi and Boehringer Ingelheim, covered the link between Zantac and cancer from the innumerable people who took the medication for heartburn, duodenal and gastric ulcers, Barrett’s esophagus, gastroesophageal reflux disease, sour stomach, and other issues. This dishonesty with the public came up, contributing the companies to generate extraordinary profits from Zantac, which became the first drug to generate $1 billion in sales.

Why is Zantac Used?

Zantac or ranitidine oral tablet is taken for the treatment of various conditions; these include:
Zantac can be used as part of a combination treatment as well, which means that other medications will also be taken with Zantac, simultaneously.
The drug is used for short-term treatment, typically, particularly in the case of GERD. However, if one is consuming it for any other medical condition, it may be required to take for a more extended period, ranging from several weeks to even months.

How Does Zantac Work?

Zantac falls in a class of drugs called histamine receptor antagonists, which is a group of medications working commonly. They are often prescribed to treat similar medical conditions in patients.
Zantac or ranitidine does not work as an antacid. Instead, it works to lower the amount of acid made by your stomach. On the other hand, antacids work to neutralize the acid present in your stomach.

Side effects of Zantac

Taking the Zantac oral tablet can cause tiredness or drowsiness, along with some other side effects. The more common side effects of the drug can be the following:
Constipation Headache Diarrhea Stomach pain or discomfort Vomiting and nausea
If these side effects are minor to moderate, you may get rid of them in a couple of days or weeks. However, if they become severe or don’t go away, you need to consult your doctor or pharmacist.

Significant Side effects of Zantac

In case of experiencing severe side effects, you must contact your doctor right away. If you think you are having a medical emergency or your symptoms feel life-threatening, call 911 immediately.
Severe symptoms and side effects can be one or more from the following:

Zantac may interact with other medicines.

Zantac or ranitidine tablets can interact and interfere with other vitamins, herbs, or medicines you are taking. An interaction or interference is when a substance changes the way a medication works. It can prevent the medicine from working as it should, or even bring out harmful results.
To avoid such interactions, the doctor prescribing Zantac should manage all other medicines carefully as well. Make sure your doctor is aware of every drug, vitamins, and herb you may be taking. Talk to your doctor or pharmacist to find out further how the medicine may interact with any other thing you might be consuming.

Drugs that should not be used with ranitidine:

Delavirdine: You must not take ranitidine and delavirdine together, as doing so can cause hazardous effects on your body. Ranitidine reduces the delavirdine levels in the body, which means the drug won’t work as well.

Interactions increasing the risk of side effects.

Certain medications raise the risk of side effects from them when taken with ranitidine. These drugs include the following:

Interactions that reduce the effectiveness of your drugs

Zantac and ranitidine making it to the news

On September 13th, 2019, the U.S. Food and Drug Administration (FDA) announced that they are investigating the Zantac-cancer risks, having tested Zantac 150 tablets, and finding out that the medicine contains NDMA levels that are up to 3000 times more than the daily intake limit advised by FDA Zantac cancer lawsuit.

As countless people are now struck with cancer having taken Zantac, many of them are heading to the court to file a lawsuit to hold Sanofi and Boehringer Ingelheim accountable for their inhumane disregard for the human health for profit-making.

Many lawsuits argue that drug makers knew about many studies pointing to the risks of NDMA formation with Zantac, going as far back as 1981. Many studies also identified that NDMA formation’s potential also increases when ranitidine comes in to contact with nitrite present in the body, as per the lawsuit filed by Deborah Combs and Michael.
Combs’ complaint lists more recent studies as well that show a connection between ranitidine and NDMA formation. A 2011 study by Susan A. Andrews and Ruqiao Shen observed that ranitidine could form NDMA when exposed to drinking water sterilized by chlorine.
Another 2016 study evidenced that ranitidine can form NDMA when it combines with nitrite in the stomach relevant pH conditions. They also found NDMA excretion from urine over a 24-hr period post ranitidine consumption, increased by 400 folds from 110 to 47600 ng. In comparison, the total N-nitrosamines increased by five folds.
However, despite all this information, the lawsuits claim that drug makers chose not to warn the public about these risks.

How do I qualify for a Zantac cancer lawsuit?

Is there a Zantac Class Action?

Lawyers have filed many Zantac class actions on behalf of people in California, Connecticut, New Jersey, Florida, and Massachusetts. The class action can be joined by anyone who bought genetic ranitidine or Zantac. It is not necessary to have a cancer diagnosis, and only proof is required that they did not get any warning about the risk of cancer-associated when purchasing the drug. Instead of claiming personal injuries, these class actions argue that the drug is flawed, and people who bought them are entitled to a refund.

Zantac class action lawsuit enables consumers who purchase Zantac to recover the money spent on the medicine, based on the allegations that they were not warned about NDMA cancer risk by the manufacturer. Zantac producers made money by hiding the dangerous risks of Zantac and the side effects it carries. Hence, they must be held accountable to mislead consumers of these side effects and such risks.
Class action lawsuits can be filed on anyone’s behalf who bought Zantac, with or without developing cancer, but wishes to hold the producers accountable for misleading information and the profits made from it.
Zantac wrongful death lawsuits or Zantac personal injury is filed by either the individual or family of the individual who developed cancer post-Zantac consumption. People who have developed cancer can obtain maximum possible compensation for the damage caused to them by filing an individual personal injury lawsuit. The law for damages varies for each state. However, there are different damage types allowed by the law, such as lost wages, medical bills, loss of past and future earnings, pain and suffering, temporary or permanent disability, or any other compensable damage.

Who can join the Zantac class action lawsuit?

Anyone who has bought Zantac and can prove their purchase also can be eligible to join a Zantac class-action lawsuit. In a class-action lawsuit, claimants need not prove that they were harmed by Zantac, as required in individual lawsuits against Zantac makers. They just have to prove that they bought the Zantac drug and were not warned about the cancer risk associated with it.
These claimants also argue that they had to suffer economic losses on purchasing the drug believing it was safe for use and that they would not have bought it if they were aware of the risk of its life-threatening side effects.
We have a decent history of holding medicinal companies accountable for their activities. If you or any beloved of yours has developed cancer due to Zantac, we are here to help you look for your deserving answers. While all possible recalls and drug recalled are concerned, these are especially distressing as they involve medicinal drugs that are available for purchase over the counter without the need for a prescription. Further adding to this concern is also the fact that some of these have disapproved FDA for their failure to recall the drug officially.
Our team has represented many people all over the country who have developed cancer on consuming Zantac or any other ranitidine product.
If you are also diagnosed with Zantac related cancer, our team is here to help you anytime! 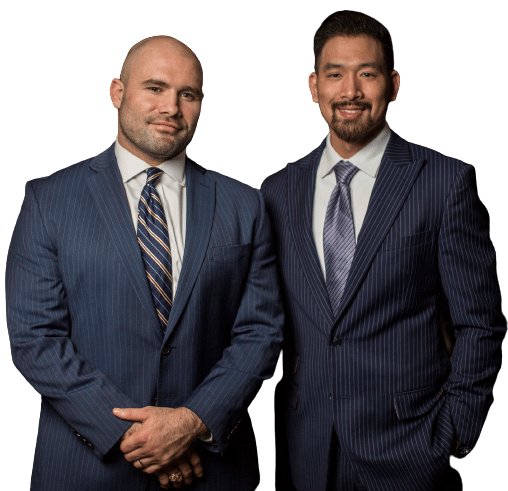