Gerard Anthony Pusch (Partner) is a Trial Attorney licensed in both Texas and Florida. He is the founding and managing partner at Pusch & Nguyen Law Firm. In his career spanning over 30 years, Mr. Pusch has obtained combined verdicts and settlements for millions of dollars for his clients. He has tried over a hundred cases to a jury verdict, with favorable results for his clients; a feat not many personal injury attorneys can match. Mr. Pusch concentrates his practice in the areas of catastrophic personal injury, wrongful death, medical malpractice and products liability. He also practices in the areas of Elder Law and Medicaid Planning for individuals.
Mr. Pusch has been a member of the American Board of Trial Advocates since 2002 and has been Board Certified in Personal Injury Trial Law since 1990, by the Texas Board of Legal Specialization. He is an active member in the Houston community. During his spare time, he enjoys spending his time outdoors with his three sons. 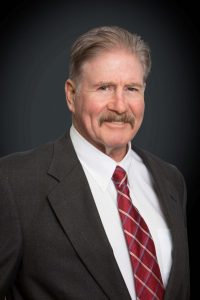