What Do Insurance Policies Promise? 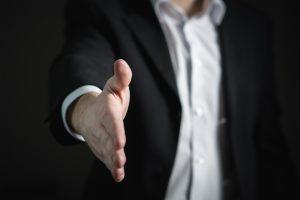 Beginning with the commercial to the promises in the policy, insurance companies make a lot of promises that they will be there for you when you need them. Trust is implied in all of the advertisements when it comes to marketing their insurance to the public, welcoming in new buyers with open arms and promising easy transparency. Insurance companies ask buyers to pay hundreds of millions of dollars in premiums, and promise that when it comes time to rely on insurance to come through, the insurance company will be there with great service and protection.

Unfortunately, after signing the insurance policy contract and collecting premiums, the tone of some insurance companies changes. Those open arms they used to welcome in new buyers close, and the walls come down. When this happens, it is important to find the right personal injury lawyer who can hold insurance companies accountable for their promises.

What kind of insurance do I have?

What is defense insurance coverage?

Defense insurance coverage provides reimbursement of attorney’s fees and related costs like court costs if the insured person or entity is sued. The defense insurance company basically pays you back for the money you spent in a lawsuit.

Sometimes, an insurance company can even be held liable for an agent that just appeared to be given the authority to issue policies and make these kinds of decisions. Depending on the state’s laws that apply and unique facts of the case, the agent himself can be liable.

In Clements v. Ohio State Life Insurance Co., a court of appeals decided that an insurance company can be held responsible for appearing to act within the approved scope of his duties. In addition, the insurance company can also be bound by his misconduct and mistaken representations to others.

Is the insurance company responsible for the promises in its advertisements?

Naturally, the promises that an insurance company makes depends on what the policy says. However, each state has its own unique laws and may hold insurance companies to different standards. Some states recognize that some promises are implied.

An implied promise in insurance contracts may include covenant of good faith and fair dealing. This is a legal terms that generally means that an insurance company needs to act fairly when it deals with its own insured policyholder clients and with injured claimants.

In California, the court in Schwartz v. State Farm, said that insurance companies can even be held responsible under the implied promise of good faith and fair dealing before they owed an obligation or needed to raise a defense against an insurance claim. This means that the duty to act in good faith and deal fairly is there before the issue is contested.

Who fulfills the promises of an insurance company?

Without specific and clear terms and language in an insurance policy, it is impossible to determine whether the insurance company will cover a particular accident. Then, the insurance company cannot find out and decide what benefits, if any, it can provide to the insured policyholder. Any exclusions, which are contract terms that carve out areas of coverage, have to interpreted narrowly – meaning that they are not supposed to be twisted to exclude coverage for an area that was clearly meant to be included.

Insurance companies know that the average person may not understand the full implication of legal terms and laws that apply to their case. Instead of carrying out their duties to act in good faith and deal fairly with others, they take advantage and find ways to get out of fulfilling their promises.

Hold insurance companies responsible for their promises to treat you with respect, honesty and fairness by hiring a personal injury lawyer that has the knowledge and experience to bring you the results you deserve.